MRA and I moved into ‘our house’ on this very day in 2008 so today we are celebrating our second anniversary.

PS: So far this year we’ve been one day out with 1966 but as that wasn’t a Leap Year, from tomorrow it’s exactly the same, Tuesday 1 March

In addition to “Me & My Uncle”, the Dead also recorded “Uncle John’s Band” of course, and Zoot Money covered the Daylighters’ “Uncle Willie”.

This is Elfrida who saw daylight at 9.45 pm last night. MRA informs me that there is much prospect of music in her chart (Neptune conjunct her sun) and she’ll be a sensitive Piscean with Libra rising. This is all a big deal to me because (for the first time in my life) I’m a Great Uncle. Since I never worked out how to make kids of my own I’m rather delighted. The hand belongs to her dad Tim who I can remember when he looked somewhat like this too. 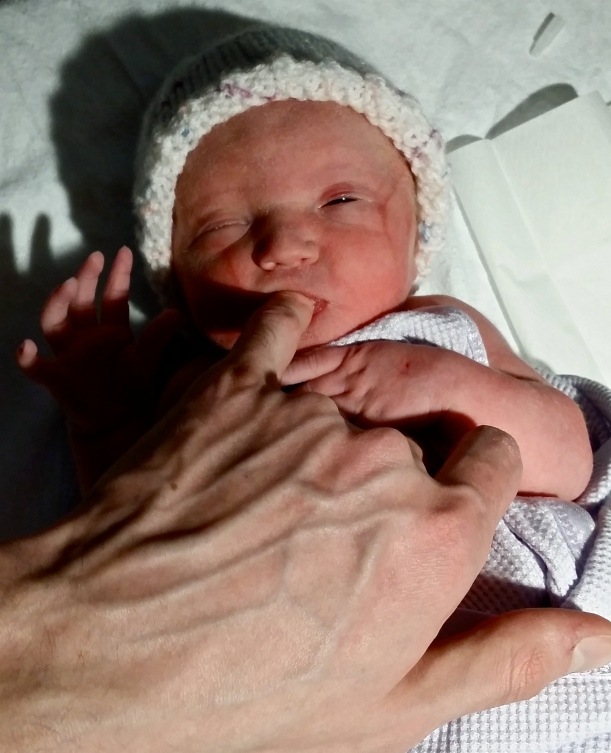 and for you Elfrida, here’s a start: 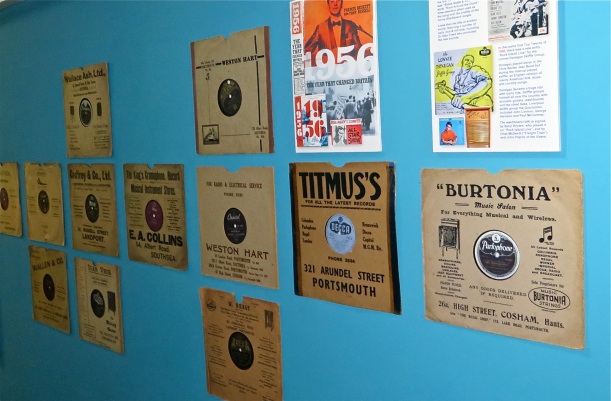 I’ve started a new wall at the Guildhall exhibition about 1956 – the 60th anniversary of the arrival of rock & roll in Pompey, the earliest skiffle hits and Stan Kenton’s Big Band at the Savoy. It’s not finished yet but I’ve started with a couple of display panels and some old 78rpm local sleeves.

Incidentally, AAA is no more. The exhibition is officially  called the Portsmouth Music EXperience.

“5-4-3-2-1” – except of course on Southern Television where mostly (always?) they showed Ready Steady Go! on Sunday afternoons – and quite soon it was to disappear altogether. Still it was generally better than Top of the Pops although not, in the words of Tony the Tiger, “GREAT” this weekend with Billy J Kramer & the Dakotas, the Walker Brothers and Doris Troy. I didn’t like the Walker Bros much back then – especially after they snubbed the Birdcage opening ‘do’ in October 1965 – but I have come to love Scott Walker’s solo work, he does have a fine voice. On Saturday night (26.2.1966) I paid 7/6d to see the Alan Price Set again at the Birdcage. I’m rather sorry that I spent the Friday night at St Nick’s Youth Club instead of seeing the Soul Agents at the ‘Cage’. Not sure why, as I had bought their records, seen them previously and liked them. Maybe I was short of a penny or two?

There were only two live nights this week with Records only on Thursday and Sunday. We are approaching a somewhat ‘down’ period in terms of the live acts out at Eastney although it picked up again in the Autumn.

If you have Here Come the Sixties you’ll know this next bit off by heart – otherwise here’s the local scene, February/March 1966:

“The Indigo Vat soon moved to three nights attracting many musicians, as it became the local “in place”. Regular performers included the Bryan Hug Fraternity, the Tea-Pots, Simon Dupree & the Big Sound, the Klimaks, the Gaudy Doyle Set and St Louis Checks with new drummer Alan Williams. The St Paul’s Square venue was now known as the In Place and featured the Shakedown, Meteors UK, Shades of Blue, and the In-Sex (formerly the Latins). Zack’s Shack continued to attract audiences and the Soul Society were regulars at North End’s Soul Parlour, which also featured many of the same local groups. One of Portsmouth earliest rock groups the Southern Sounds reformed with original guitarist Colin Quaintance taking over vocals. The Klimaks secured a summer season in Bognor and the St Louis Checks progressed to the final of the Melody Maker contest and auditioned for EMI.”

Free Gig, next TUESDAY (1 March), Guildhall upstairs lounge from midday-1pm. Combine it with a trip round the great exhibition next door!

This Comment has just been added to a Post way back so you might not see it. I know nothing but maybe someone out there can help?

“Dear all, I’m trying to find out a bit more about Wild Wally’s Rock n Roll Show. Not sure if this is the same Wild Wally as the one who looms large in the legend of entertainments where I work (at Brunel University). If one and the same, which I suspect he may well be as he booked acts like Arthur Brown for Brunel’s legendary midnight raves up in town while a student here, his real name was Peter Saunders and – a few years ahead of Mr Bowie even – he appears to have (er hem) “seen gender as a somewhat fluid and arbitrarily arrived at state of affairs”…. (i.e. in the only pictures of him we’ve been able to trace, he’s wearing a dress.) If anyone knows anymore about Pete/Wild Wally or the RNR Show (or – pushing it here, I know – a band called The Symphonic Cucumber), can you drop me a line here: john.west@brunel.ac.uk (or tweet: @_johnnywest) Also, if anyone is interested, the rest of our research into Brunel’s place in rock history is here: https://brunelbands.wordpress.com/ Many thanks, John”

In 1966 I was doing my ‘Mock’ ‘O’ Levels this week – with no great distinction – and it appears I stopped in a bit, probably pretending to revise. On Wednesday, the Animals were on Whole Scene Going (BBC TV) which I remember enjoying but I didn’t note watching it every week … hmm … On Thursday I thought it was worth celebrating a particularly large edition of the Melody Maker – I loved that ‘paper in the mid-60s for its mix of the genres.

As for February 2016, I’m listening to a bunch of jazz albums on my brand new record player which claims to do everything (tape, CD, USB, radio, fly to Gosport – you name it). It’s great fun to have my vinyl out – Duke Ellington, MJQ, Billie Holiday, lovely.

We’re back at the Fountain with Nobby on drums this coming Friday. Should have some nice guitar sounds as a result of new toys too! Hope you can make it along to Rowlands Castle by around 08:30. 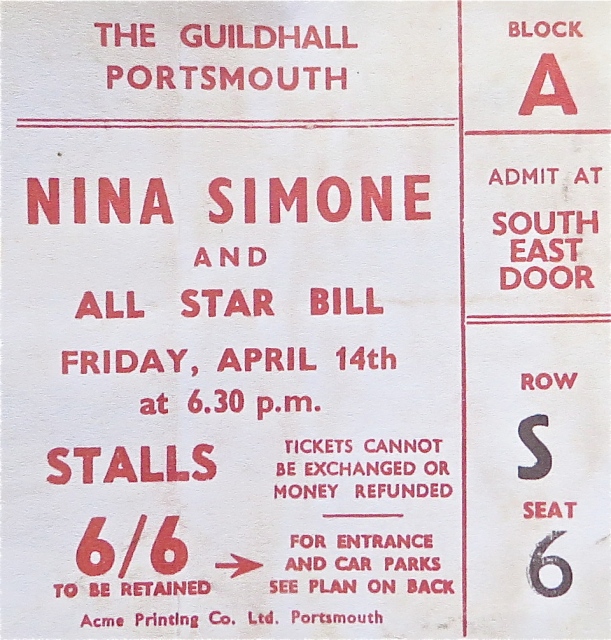 Incidentally, you guys done crap with those letters! The bottom left B is from the Byrds, the top left A is from the rock compilation era Atlantic, next to it is a Warner Brothers W and there’s a Beatles O distorting in there plus a bit of Elvis …